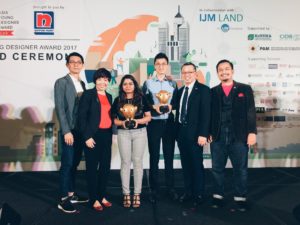 Shahmeena (third from left) and Wai How (fourth from left) at the Asia Young Designer Summit 2017/18.

Meet Ng Wai How and Shahmeena Labeeb, the two Malaysian who managed to sweep the two top awards at Asia Young Designer Summit 2017/18 beating entries from 13 different Asian countries taking the grand prize of USD5000 each.

Ng Wai How describes himself as a passionate and creative individual interested in art, design, and literature and is aspired for excellence. Graduated from University of Malaya in Master of Architecture, Wai How won the Asia Young Designer Award Malaysia as a Gold Winner in the Architecture Category.

How did Wai How manage to nab this auspicious award? In his take on the War Museum – Extension of Tugu Negara that managed to capture the attention of the judges. Through his impressive design portfolio, Wai How demonstrated that he got what it takes to earn the award. 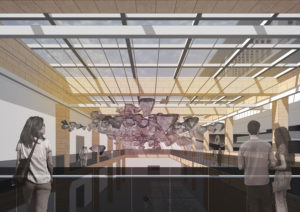 One of the sketches for Wai How’s War Museum – An Extension of Tugu Negara.

Shahmeena Labeeb bagged the Gold Award for the Interior Design Category. A final year student of Taylor’s University, Shahmeena Labeeb impressed the judges with her take on a project that incorporated bee-friendly fruit and vegetable trees, with design elements inspired by honeycombs that emphasize on the declining population of the honeybee. 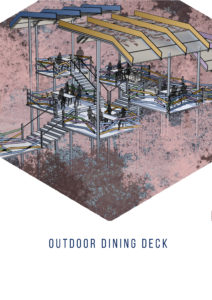 Shahmeena’s creative designs that are inspired by honeycombs.

Congratulation to both Ng Wai How and Shahmeena Labeeb for winning the prestigious award and making Malaysia proud!