Bumbung Team
on March 28, 2017 at 11:00 am
Why go a distance to get beautiful artisanal home decors when we have such talented makers back home? BentukBentuk is a handmade concrete home décor brand that specialises in artisanal geometrical concrete home décor such as pot planters, coasters, soap dishes, tea-light candle holders and more. 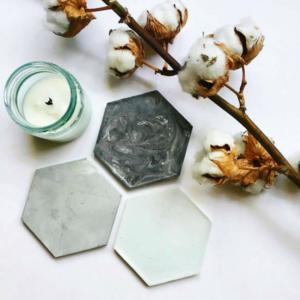 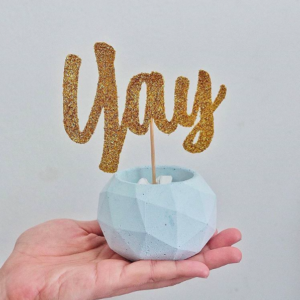 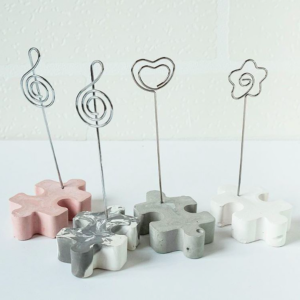 Adesh Zaini, founder of BentukBentuk is an IT analyst by day but she spends most of her free time during the weekends or at night tapping into her artistic side.

When Adesh made her first cement planter for herself, she says it didn’t look as polished as it does today. However, she received really good unexpected responses. She told Roof Talks that was sort of what encouraged the birth of BentukBentuk.

“I posted a picture of it on my personal Instagram and my friends went crazy about it and they asked me to make a few for them”.

From that moment onwards, Adesh ventured into it with her husband Shahfiq Manap. The duo experiment and tweak the recipe to perfection for a few months, before beginning BentukBentuk in April 2016. 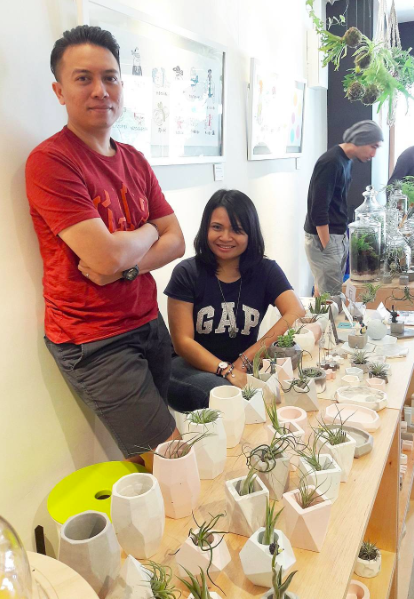 The general perception of how it is made : mixing a certain ratio of cement with water.

The first step being the mixing process of the right ratio of water, cement, sand and hardener. Then it is casted into a mould for at least 24 hours for its shape to form. After that, each piece is taken out from the mould to undergo the curing process.

The curing process involves submerging the concrete in water for 24 to 48 hours to give it more durability. Once it is out of the water, it is air dried in room temperature. Then each piece is sanded down for a smooth exterior before waterproof sealers are applied.

Unlike their refined and smooth concrete products, the early stage of their business was not. Back then, there were not many local suppliers that sell the things and ingredients they needed. For example, Malaysia do not have coloured cement, so items such as the colour pigment powder had to be sourced overseas.

“When we tried to follow the DIY blog’s recipe, they used for example chemical xyz, and we couldn’t find here at all. So it was really a bit frustrating at first but we managed to find other alternative ways to do it,” she says.

Last year, BentukBentuk launched eight designs — conventional and contemporary. Having higher demands for their contemporary designs, they plan to focus more on those kind of designs this year, launching every four months. 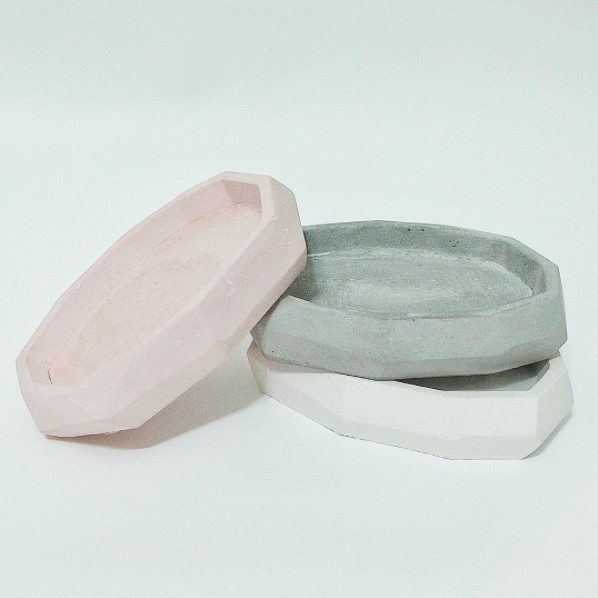 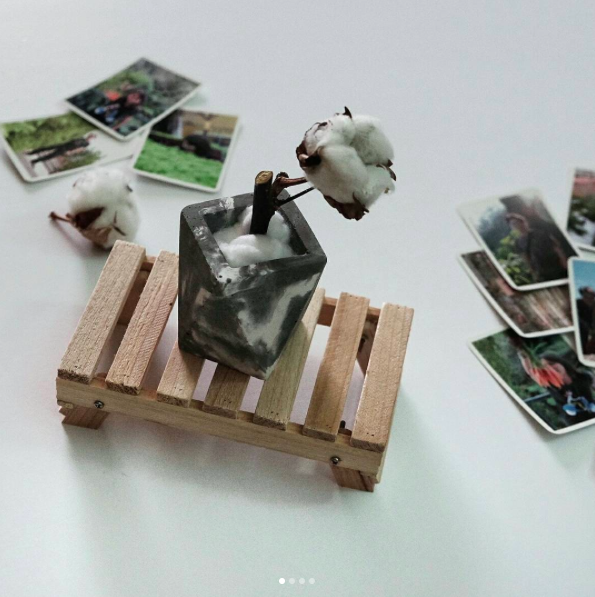 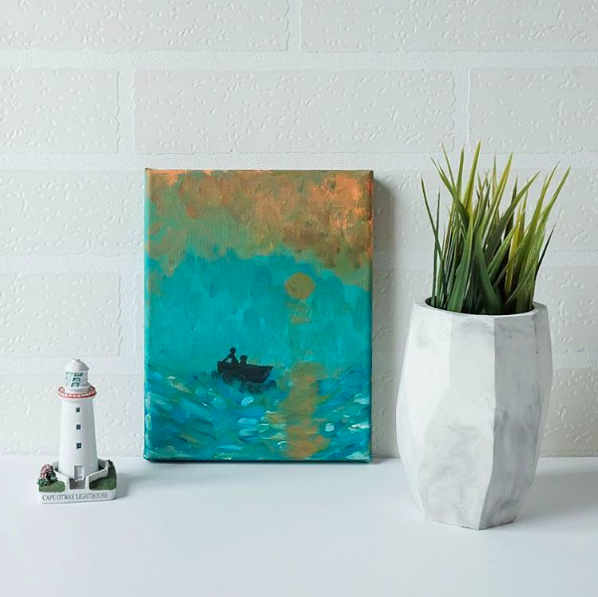 BentukBentuk’s products may seem very gardening-centric but Adesh says they are planning on expanding the range of concrete products. Do expect new products such as lighting features, side tables and other mini furniture.

“On top of the home furniture and décor, we plan to venture into concrete jewellery as well,” she says excitingly. It does not stop there. The duo’s future plans for the year includes looking into organising DIY workshops for concrete pot-making.

Most of their customers are people who likes arts and design, and really cares what they put in their homes. Adesh shares that they also receive a number of customers who are interior designers.

BentukBentuk’s products can be bought at several places. ISETAN The Japan Store in Lot 10, Ohsummosum HQ Bangsar, Entrepôt in Publika and Sunway Velocity, and KONCENT Malaysia. Alternatively, their products are also available online through Esty and their social media page.

Stand a chance to win a BentukBentuk product! A contest is currently running on Bumbung’s Facebook page, click here to join.